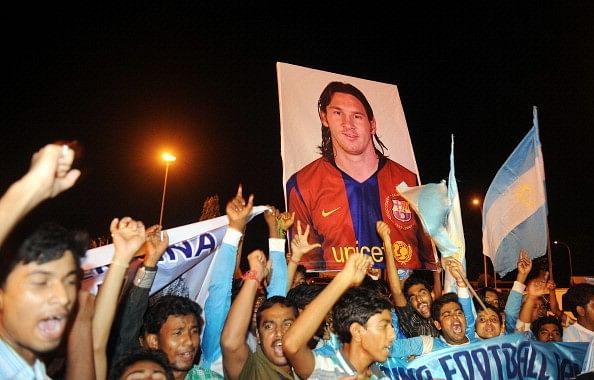 In one of the most historic win, Lionel Messi’s Argentina beat Brazil 1-0 in Saturday’s Copa America final to secure the national team’s first title in 28 years and the superstar’s first major international trophy. Messi’s first title created a euphoria in India that would give a tough competition to Sachin’s first world cup win in 2011 and the celebration followed.

Indian fans took to the street to celebrate the victory and many fans were seen screaming “It’s coming home”. Despite, India not qualifying in popular football cups, the footballs fans in India are catching the eyes of even the top football players.

Same happened when Messi noticed his Indian fans saying “It’s coming home” and he decided to give the trophy to India, dedicating it to his millions of fans in India. Reportedly, early next month, Messi will come to India to handover the trophy to Sunil Chhetri. People in India is calling it a big diplomatic victory of PM Modi led Govt.