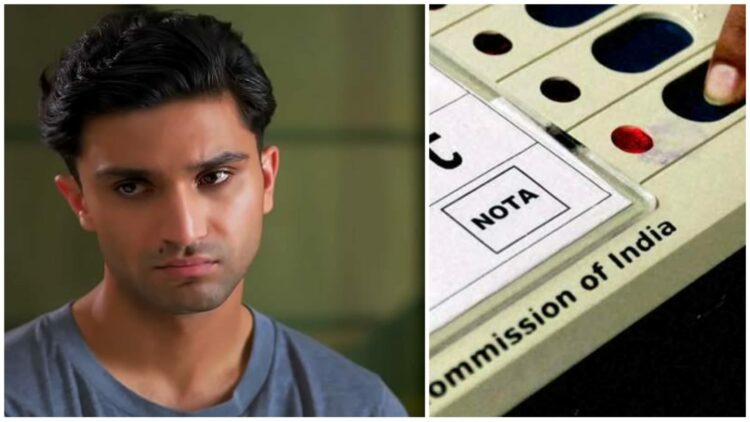 Nov 30, 2021
We recently did an online survey for no particular reason to know how many single men voted NOTA in elections. For this our team of 3 interns did extensive research while sitting at Sonali Pan Shop. This research led them to an extraordinary man, Mr. Rakesh Udas. Udas is a self declared and medically approved introvert and as he himself stated, he voted for NOTA in last election as no political party campaigned in his locality.

When our interns pretended to be just as introvert as he is, Udas finally shed his shyness. He told them that he was considering not voting at all as he didn’t want to hurt any of the candidate but then he thought that this action will deeply hurt all the people who work day and night to conduct elections. So, he then decided to vote for any candidate who comes to his locality to seek votes. But because Rakesh lives in a locality of some introvert, drug addict, single Shri Lankan refugees in Chattisgarh who don’t have Indian citizenship, no political leader visited his locality for election campaign. That’s why he decided to vote NOTA. Rakesh lives in such locality because here nobody can speak his mother tongue and eat very different food than he do, so there is no possibility of any kind of interaction. Rakesh is so introvert that in school he got “Best Listener Award” for 6 consecutive years just because he could never utter a single word in public. Even on Facebook, Udas’s only friend is Mark Zukerberg.

After meeting Rakesh online, our team of interns is also feeling very introvert as if it’s a contagious decease. They are insisting on working from home and have not showed up at Sonali Pan Shop since last whole week. If we are able to prove that Rakesh is a reason behind all this then that will be a major break through for medical science and all the memers on different social media platforms.