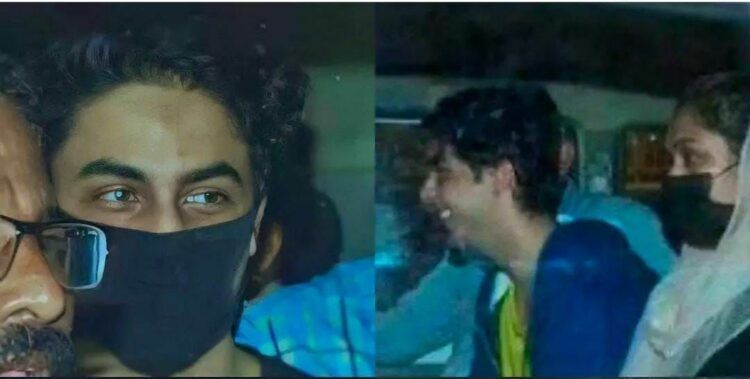 Oct 29, 2021
Today, stunning visuals could be seen of a crowd gathered outside Arthur Road Jail as Shah Rukh Khan’s fans (a self-declared fan army) welcomes Aryan Khan. After the whole day they didn’t get to see him, everyone returned home with their hungry, disappointed and stoned eyes filled with tears. Jail authorities issued a statement that Bail order didn’t reach jail in time and they also added that Jail authorities won’t give any special treatment to anybody.

Even Aryan Khan’s inmates who read this on WhatsApp installed in a phone provided by jail staff were very stunned after hearing this but an insider (our ex journalist) who is serving life sentence in Arthur Road Jail told us that it is Aryan Khan who is responsible for all this drama as he doesn’t want to come out of jail because it is easier to score drugs in jail and price is also cheaper than on any cruise party.

Aryan is even thinking about buying some modern art paintings, sculptures and ash trays to decorate his cell. He is having some very enlightening conversations with his inmates about world cinema. He has inspired many other inmates about world cinema and most of them have already downloaded classic movies like Shawshank Redemption, Escape Plan, and Prison Break on their phones. Our source also told us that earlier Aryan used to complain about the quality of drugs he gets in prison but now he has got used to it and appreciates the hard work of people who get him those drugs in prison.

As per our source, Aryan may fake a prison break tonight to delay his release from jail. All our reporters are patrolling outside jail boundary walls to cover this incident. We shall keep you updated.